skip to main | skip to sidebar

Tour de Ville will be closed for a Christmas revamp / restock starting 15 - 12.

We will be back open for business in the first week of January.

The Colour of the Season 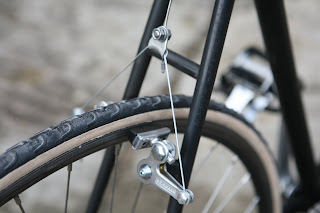 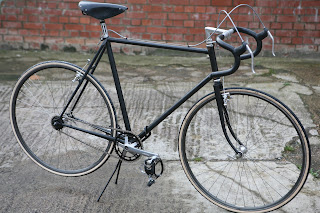 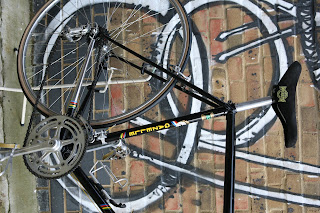 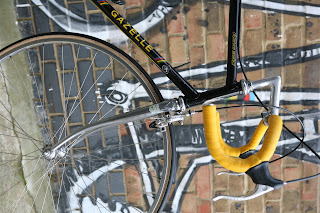 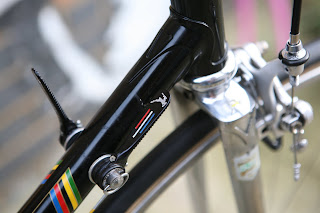 Posted by Omloop van het Zuiden at 7:07 PM No comments:

Tour de Ville is currently having a December clear out on cheap steel frame sets.

Nothing smaller than 53 and nothing bigger than 59....

Our top notch mechanic Ross has finally decided to share his work online with the rest of the world.

Ross has consistently been building frames by hand in SE1 since 2005.

So if you are thinking about getting a 100% custom track, road or touring frame that's hand made in London, look no further.

For now all the contact and information goes through his blog, Bonavia.

Did I mention he makes lugged stems and racks to?
Posted by Omloop van het Zuiden at 7:27 PM No comments:

A new film / documentary about cyclo cross racing in the states and, refreshingly, not a Rapha product placement in sight.

PURE SWEET HELL tells the story of cyclocross, a sport that has emerged as bike racing's punk rock cousin. Told from an insider's perspective, the filmmakers traveled to 'cross competitions throughout North America, dug up vintage photos and film footage, and followed 'cross luminaries Justin Robinson, Gina Hall, Barry Wicks and Rick Hunter. Shot entirely on Super 8 and supported by experimental rock music, PURE SWEET HELL surfaces both the strong community behind the solitary sport and the grace that arises amidst all of its grit.


More information about the film can be found at http://www.cyclocrossfilm.com . Purchasing info is available there.


Posted by Omloop van het Zuiden at 8:59 AM No comments:

Low budget parody movies. Funny 'cos it's true, as the saying goes.....

Posted by Omloop van het Zuiden at 8:32 AM No comments:

We have got some cool tees printed up for tomorrows Muddy Hell cyclo cross. The front graphic is a bit to light in this post but the tees look awesome.

Thanks Niki for the great design (and Wayne for the artwork).

Available in very limited edition for sale tomorrow (or if you win....) 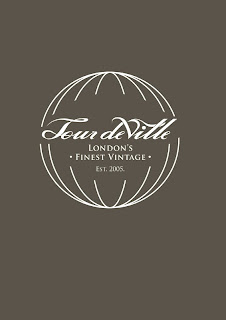 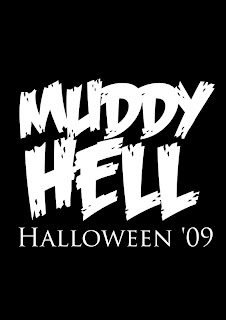 The International Federation of Bike Messenger Associations (IFBMA) is pleased to announce that Zurich messenger Luk Keller has been awarded the 2009 “Markus Cook Memorial Award” (MCA) for Services to the International Messenger Community. The IFBMA has awarded the Markus Cook Award (MCA) since 1998 to the person who has inspired and empowered the wider messenger community, and who put all messengers before themselves.

For over ten years messengers around the world have benefited from Luk’s commitment to community. He was one of the organizers of one the most influential Cycle Messenger World Championships, CMWC 1999, the race that brought “Goldsprint” roller racing to the international messenger community. Luk has also been a driver behind many other major events such as the Swiss Messenger Championships and the X Days Side Show.

But Luk is much more than an ordinary race organizer. Human Powered Rollercoaster champion, Dirk Dijkhuis notes that Luk “organizes races to benefit other people.”

Nothing demonstrates that more than the annual Global Gutz benefit race which was created by Luk and others in 2000. Global Gutz is a race that occurs simultaneously around the world so that messengers can race against the each other without leaving their city. Funds raised from the race are used to send the winners to the current year’s CMWC. The base for Global Gutz organizing has passed around the world over the years, returning to Zurich this year as Luk took the reigns of organization once again in 2009.

After a very successful CMWC 2009 in Tokyo. The Tokyo Bike Messenger Association (TKBMA) found themselves about $34,000 in debt. Luk stepped forward to again to benefit others. He announced the “Tokyo Fundraiser Cup” which challenged messenger communities to organize local fundraisers to help erase the TKBMA’s debt. The city that raises the most money will receive a trophy as the most supportive city and two free registrations for the 2010 Cycle Messenger World Championships in Panajachel Guatemala.

As fellow 2009 Markus Cook Award nominee, Steve Froehlich said, this year has once again shown the world that, Luk “is the spirit of our community.”

Posted by Omloop van het Zuiden at 8:30 PM No comments:

We've published about this exhibition before but no pictures up until now. Here are some great pictures of the bikes that we made up for the show 'Vengeance is mine' by Stevie Gee provided by Stem Agency. Spray work is by Deathspray Customs.

For the whole photo shoot of the show check out this link.